Thanks to my sister, Jacqui Jones-Kimberlin, and my brother-in-law, Stanley Kimberlin, who work for the lighting company, Syncrolight, USA, we felt extremely privileged to get three tickets to see the full ‘Technical Rehearsal’ for the London 2012 Olympics, on Wednesday night. And, it was truly SPECTACULAR!! We took loads of photos and film footage but, as Danny Boyle, director of the Olympic Opening Ceremony, stressed on the night: “save the surprise” (i.e. please don’t twitter or share photos before the official opening this evening – Friday 27th July). So, we will save the surprise – and, we assure you, it will be worth the wait! 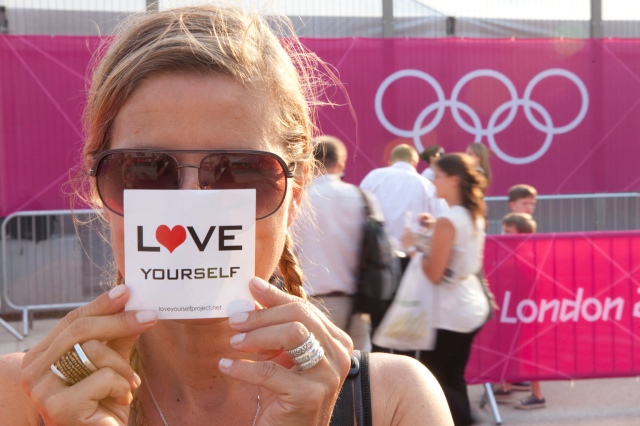 H doing her bit for The Love Yourself Project and the London 2012 Olympics. Image © Jason Florio

However, without giving too much away, we managed to get a little product placement in for one of our donors – ‘The Love Yourself Project’, based in New York – for our ‘River Gambia Expedition 2012‘. These little stickers will be coming all the way to West Africa with us too, where we’ll give them out to people we meet on our travels. 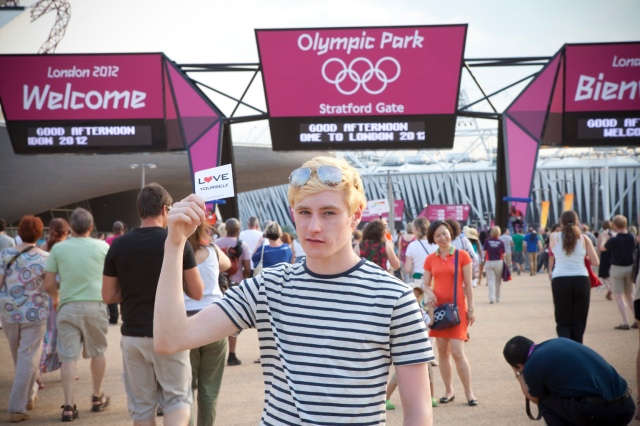 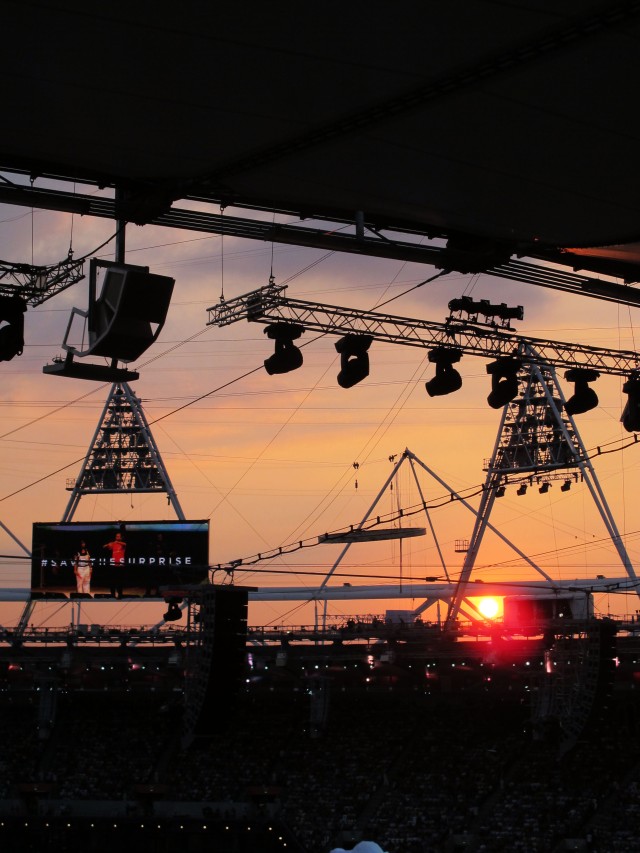 Thanks to Michael Mut and The Love Yourself Project for their support.

Please click on the image below to watch Jason Florio as he explains how you can own one of his fine art photography prints, from a series of images he will take whilst on the 2012 expedition: