A quick shout out, from The Gambia, West Africa, to our River Gambia Expedition product sponsors.

There is ‘Lemon Tea’ in that there Nuun hydration bottle! The Gambia, West Africa. Image © Helen Jones-Florio 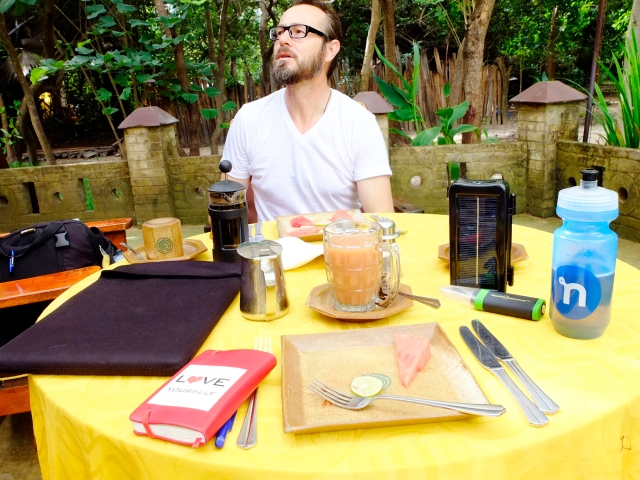 Love Yourself Project, SteriPEN, Nuun hydration and a Florio (as in Jason), in the Sandele house, Kartong, The Gambia, West Africa. Image © Helen Jones-Florio

It’s with great thanks to all of our product sponsors, from the River Gambia Expedition team. We’ll posting photo’s of all the products in use, but by bit, throughout the journey, whilst here in West Africa – whether we are trekking in the Fouta Djallon Highlands of Guinea, paddling in the canooes through the hippos in Niokolo Koba National Park, Senegal, and back into The Gambia, towards the River Gambias end at the Atlantic Ocean.

Thanks to ALL of our product sponsors

As always, thanks for stopping by.